Thanks for reaching out! I'll be in touch soon.
Close
Yikes! Looks like the form is busted. Check back later, or try getting in touch with me on twitter
HomeProjects >Blog
TwitterInstagramLinkedInContact Form
Close
Red Bear Brewing CompanyIllustration CollectionLogo Collection
< Go Back
Close
HomeProjects >Blog
TwitterInstagramLinkedInContact Form
Close

Making them used to scare the heck outta me, but over time I've come to really enjoy the process. This collection contains my favorite logos that I've designed. Some of them took weeks, others just a couple of days. 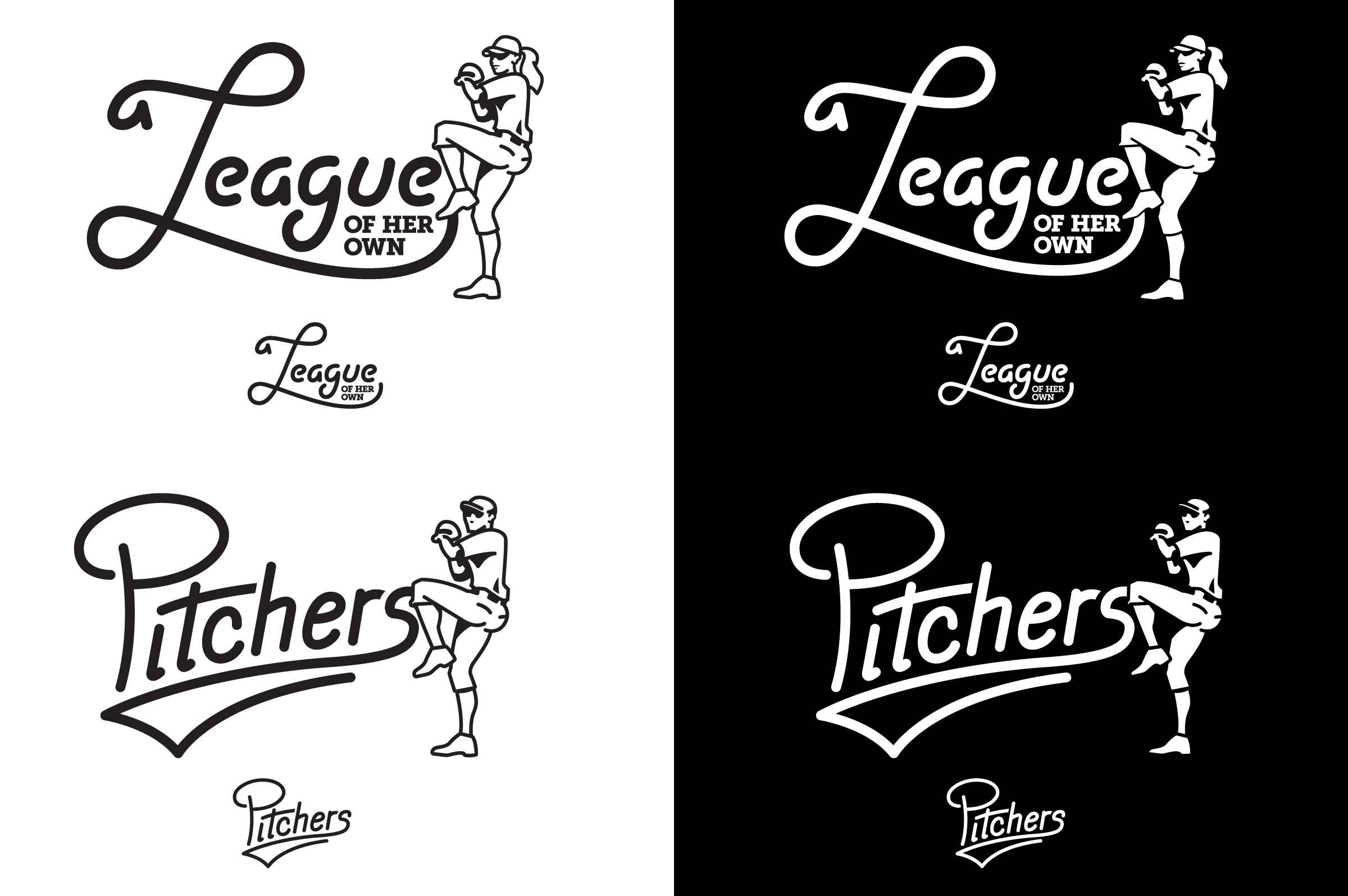 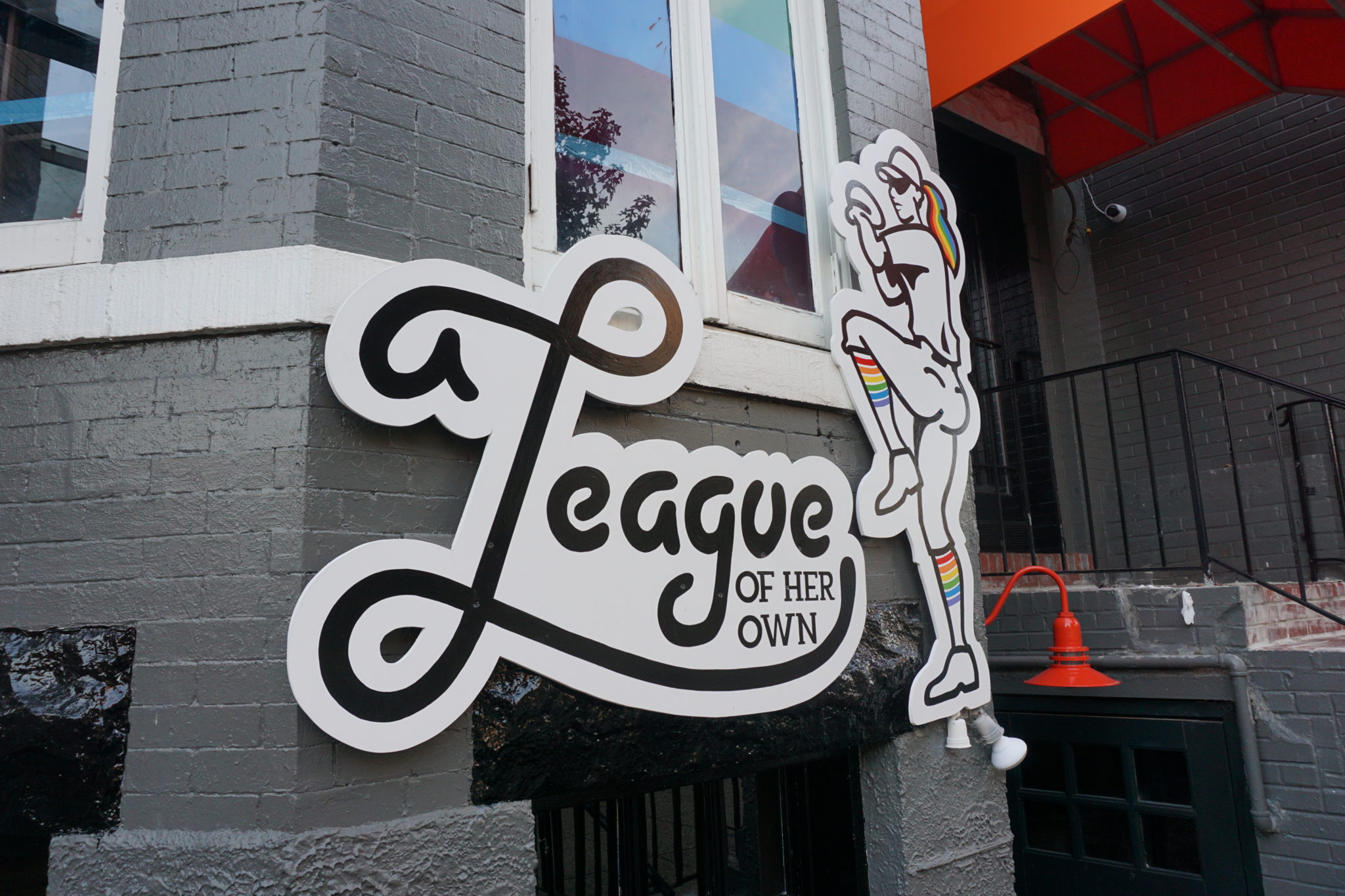 The timeline was tight for this one. When we first got the project, we had one month until opening. That meant about two weeks to get the logo from concept to final form so we would have enough time to order the staff t-shirts in time for the grand opening.

Dave wanted a sporty look and a strong indicator that the bar was queer. The classic wind-up pose of a baseball pitcher seemed obvious, but the perspective was important... "how do we emphasize the butt?" was the question. We had to make sure the gay-vibes still came through without relying on pride-flag colors being present (the pride flag can be extremely expensive to print). Obscuring the face in the shadow of the ball cap, and covering most of the body with an arm and leg helped keep the identity of the character vague and open to interpretation.

The logo is plastered everywhere almost everywhere Dave could find a place to put it. I created a flexible system so Pitchers and League could use just the lettering, just the characters alone, or the lettering and characters together. The logo is painted on the exterior brick, on a big hand painted street facing sign, and used in a mural on the upper patio.

Austin Auger is a DC realtor who needed to set himself apart with a personal brand that felt local, and personal.

He asked for some sort of DC signifier, but not anything corny or over the top. We discussed ways of incorporating his name or initials into the mark, but "AA" got dicey (American Airlines, Alcoholics Anonymous...etc). Because DC has such a great flag design, lots of local businesses and freelancers like to put their spin on it (usually changing the starts to some other icon), so I chose to avoid going down that path altogether to differentiate Austin's mark.

Looking back, I wish I had the time to push this further regarding decorative elements. I think the "easter eggs" idea from the photoshoot would still be successful in this design. My goal for this poster was to make it something that folks would want to steal off the street for themselves; to make it more memorable than a simple promotional poster. 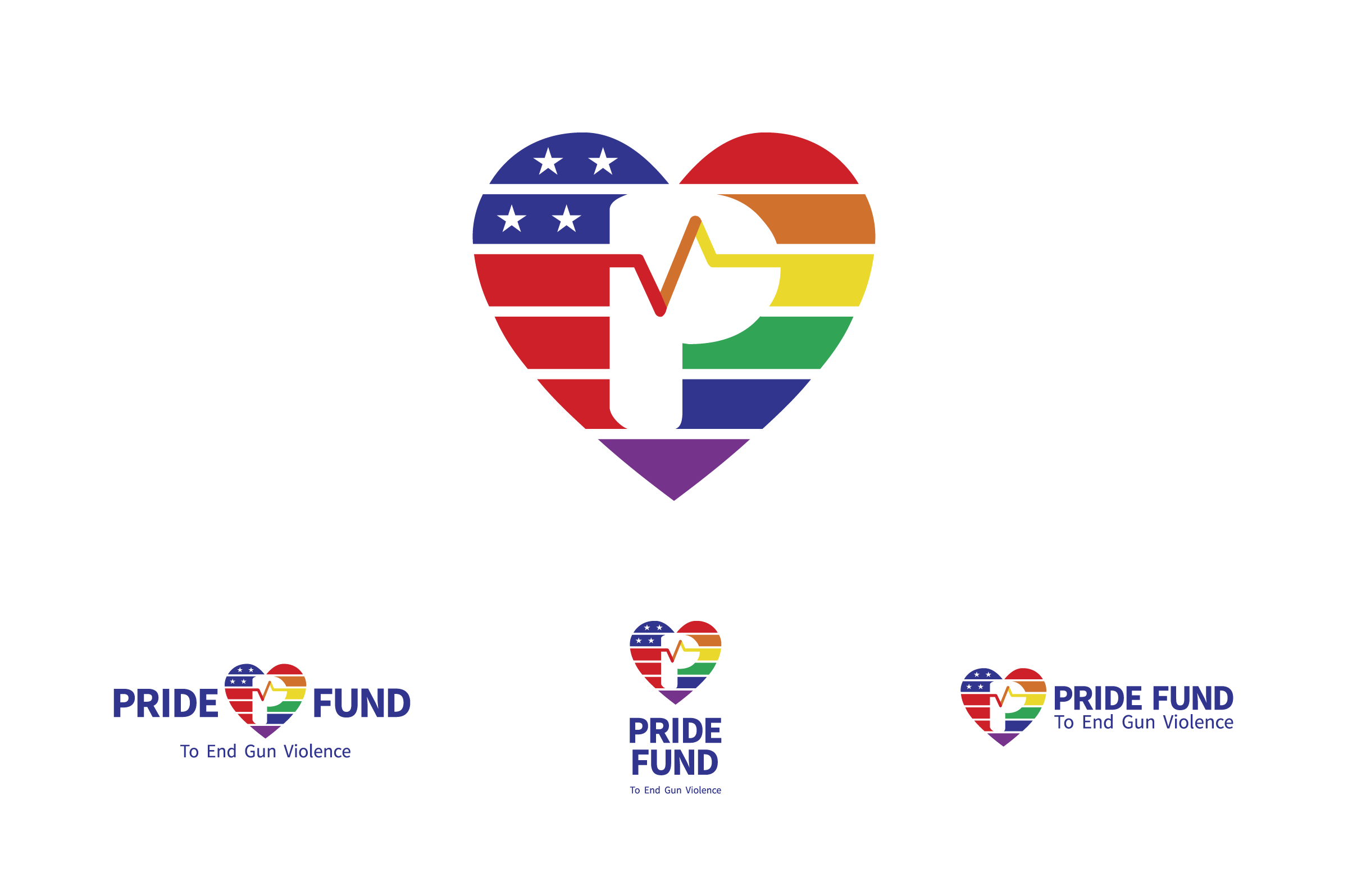 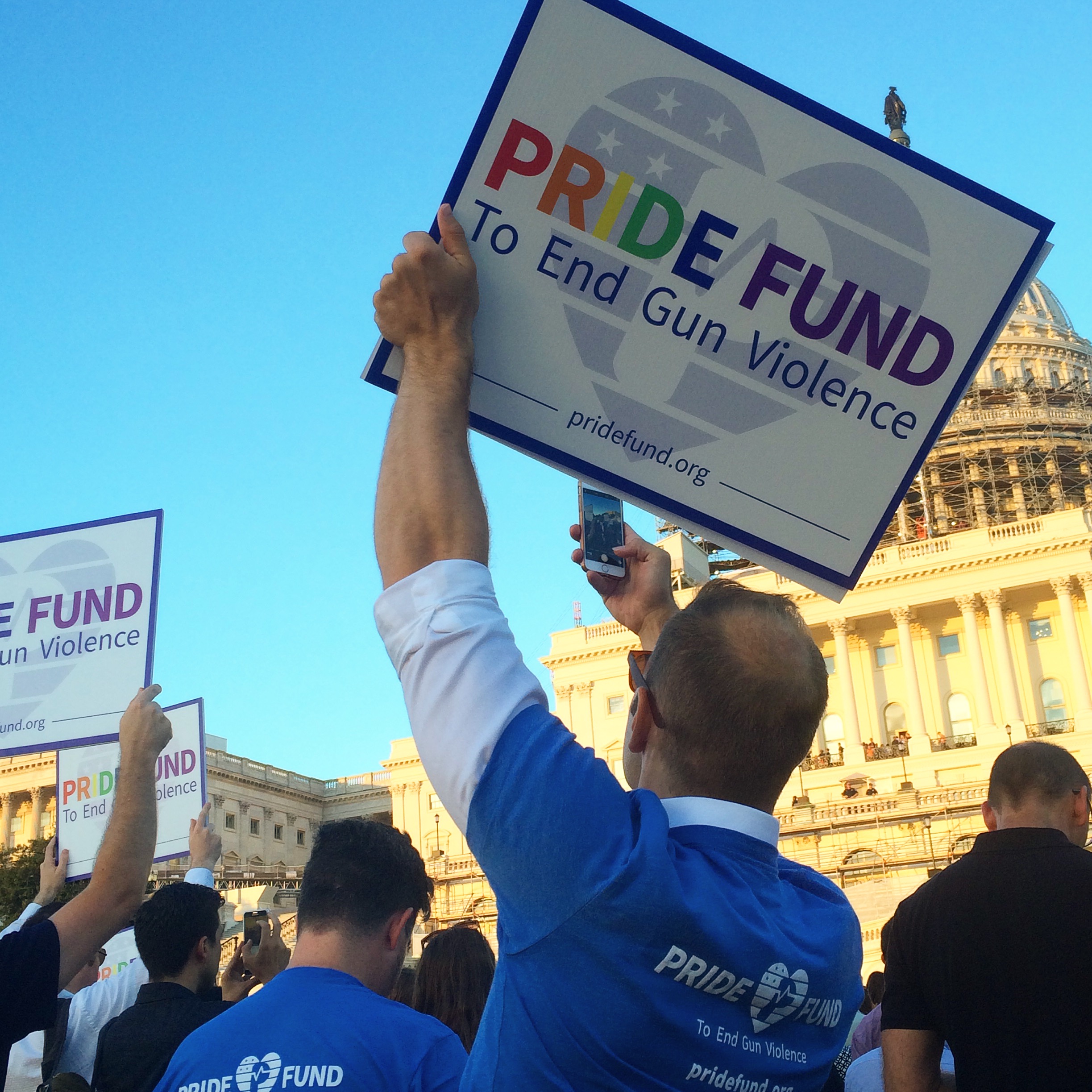 One morning, as I was commuting to my summer internship at JEL (now Brunch Digital), I got a message from Josh (the CEO) saying he'd need me to pause all other efforts for the week to work on an emergency project we had just took on: in the wake of the Pulse nightclub massacre, Jason Lindsay was starting Pride Fund: a PAC focused on gun policy reform to ensure safety for everyone.

He had everything in place and was getting ready for media attention, but had zero visual branding. Our goal was to get him something within four days so Pride Fund would be ready to officially hit the ground running. I worked closely alongside JEL's lead designer, Chris Sledge, sketching and iterating ideas, presenting drafts to Jason, and executing and packaging up the final assets.

Looking back on the mark, the concept is still strong, but now, with more experience under my belt, I'd love to finesse the shapes, colors, and typography.

Due to an NDA, I am unable to disclose information on the background of the project this work comes from. Both of the marks were presented as potential options to the client.

I was asked to create a logo mark that creatively represented the initialism "iQ", which had a double meaning between "intelligence quotient" and another meaning specific to the client.

With such an open ended prompt and simple requirement, I wanted to provide vastly different directions for the client to choose from. The mark on the left was inspired by blackletter script. The dark gray parts form a "Q", which surround the stem of the "i" with the dot floating above. Because of the shades I'm using, we see an isometric effect happening that creates a sort of box, or doorway. The idea here is that you can walk through that doorway and step in to a realm of "intelligent" information.

The mark on the right is more about the exchange of information. It's a Q, whose tail is made of two lowercase "i"'s. The dots of the "i"'s here represent things entering and exiting the bowl of the Q.

The strength of both marks is that they're each visually vague enough that you could apply a lot of different meaning and metaphor to the shapes. That trait was really important for our client because we were dealing with super abstract concepts.